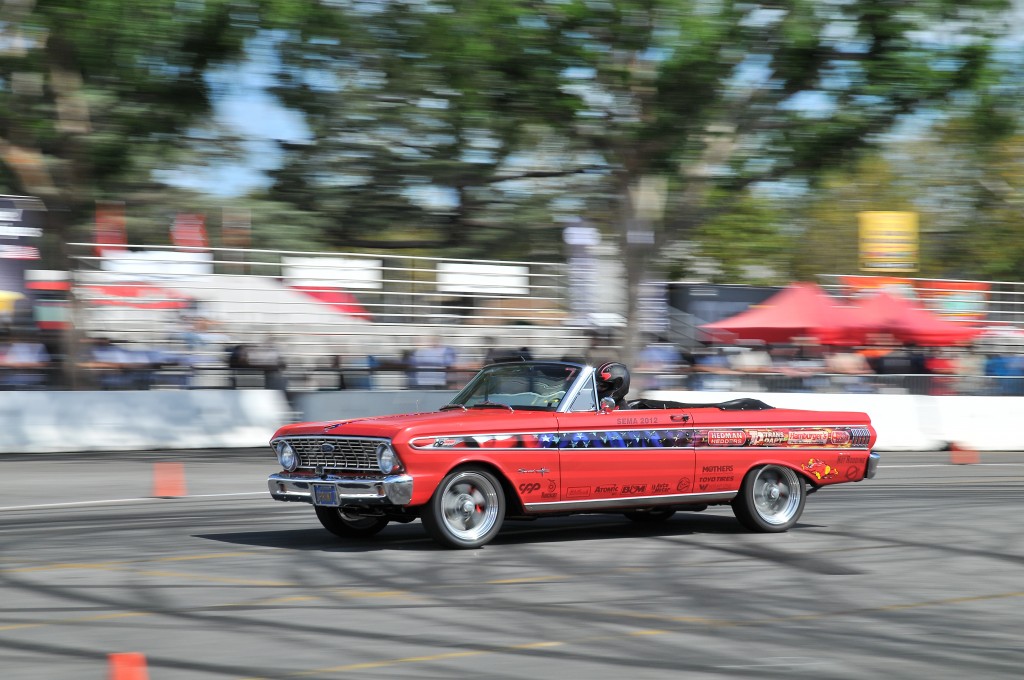 The Hedman Performance Group is bringing its 60 years of All American Horsepower to the remaining eight events of the 2015 Hotchkis Autocross Series presented by Nitto Tire.

Racing season has just begun and the first two Hotchkis Autocross events have already been tremendous successes.  Each weekend the autocross course has been packed with drivers eager to show off their rides and their skills behind the wheel.  Nitto Tire, MagnaFlow, Meguiar’s, Centerforce, and Red Line Oil, have already partnered with Hotchkis on the series, and now, with some of the biggest events of the year still to come, the Hedman Performance Group has signed on as the event series’ newest sponsor.

“Everyone at Hotchkis couldn’t be more excited to have the Hedman Performance Group on board,” said Hotchkis president John Hotchkis.  “Hedman is such a historic brand and is very well respected in our industry. It really means a lot to have them become a part of this series.”

For the past 60 years, the Hedman Performance Group, which includes Hedman Hedders, Hamburger’s Performance, Trans Dapt Performance, and Hedman Husler Hedders, has been one of the most influential companies in the aftermarket.  Firmly rooted in the drag racing as well as street performance markets for muscle cars and hot rods, Hedman has recently brought its expertise to the Pro-Touring market where it now offers a complete line of headers that provide the increased ground clearance needed by these types of cars without sacrificing power.  The Hedman Performance Group also has as an extensive catalog of LS-swap headers, engine mounts, and other accessories to make swapping a modern powertrain into a classic car a breeze.

“We have been attending Hotchkis autocross events for years and are thrilled to now be a part of this ever-growing community of gearheads,” said Marc Lewis, V.P. of Marketing for the Hedman Performance Group.  “Autocross has exploded in popularity within the muscle car world and this series gives us the ability to really tap into that market directly.”

There are still eight events remaining in the 2015 Hotchkis Autocross series including two that are just a couple weeks away.  On May 29-31 the series is headed to the Atlanta Dragway in Commerce, Georgia for the Chevrolet Performance Nationals – one of the largest all GM events in the country.  The following weekend, the series heads back to the West Coast for the second NMCA West event of the year at the Auto Club Dragway in Fontana, California.  The rest of the events this year include three Street Machines Nationals events in Du Quoin, Illinois, St. Paul, Minnesota, and Springfield, Missouri, two more NMCA West events in Fontana, California, and the Chrysler Nationals in Carlisle, Pennsylvania.

At each of these events, participants can expect a fun, yet technical course that is designed to test the limits of both their street machines and their driving skills.  In addition to class trophies for quickest time and sponsor awards, Hotchkis will be presenting the driver with the quickest average time of the event with the special “Hotchkis Cup” award – rewarding clean, consistent runs and superior car control. There will also be a special Hotchkis Cup mini-season taking place at the NMCA West events where drivers will compete in a season points chase where the scores from their best three events will be combined to determine the overall season winner.

Hotchkis Autocross events are open to any vehicle that passes a simple safety inspection that checks for leaking fluids or loose parts that can become a hazard on the track.  The only piece of safety equipment required to participate is a helmet and a limited number of loaners will be available at each event.  Ride alongs aren’t just allowed, they are encouraged – so take a passenger and spread the thrill.  For more information on the Hotchkis Sport Suspension Autocross Series, visit www.hotchkis.net or follow Hotchkis on Facebook @hotchkis1.