Racing has always been an integral part of the development of suspension systems for Hotchkis. Whether it’s from an autocross, road course, or hill climb, the feedback derived from pushing a suspension to the edge is invaluable when it comes to making a system that has to work as well on the track as it does on the street. On the last weekend of February, 2013, members of the Hotchkis H-Team came out to the former El Toro Marine Corps Air Base in Irvine, California to compete in the American Street Car Series – Run to the Coast race. With an autocross, high-speed road course, and speed stop challenge, this event was designed to push driver and car to their limits. 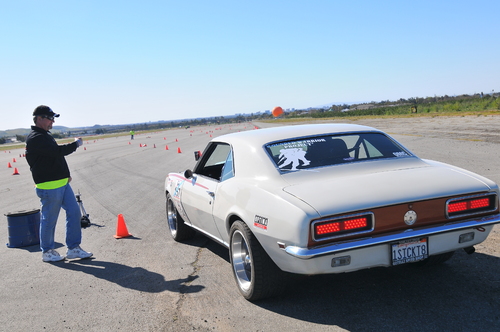 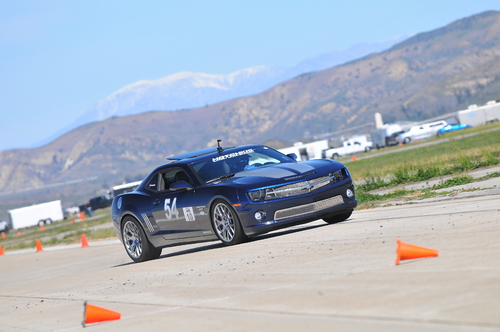 The road course at Run to the Coast was a high-speed blast down through two different runways and included everything from chicanes to hairpins and even a “whoop” that caused some drivers to momentarily leave the ground. H-Team member Robert Byrd came in fourth place overall with his 2010 Camaro and won the Camaro Performers Magazine “Quickest Modern Camaro” award. Mike Hickman and his ’68 Chevy “G”-10 pickup truck clocked the quickest time of any stock-framed truck, coming in 13th overall.

Dan Weishar also posted up a great time in the Hotchkis E-Max ’70 Challenger, placing 16th overall – a big accomplishment on a track that favored copious amounts of horsepower. 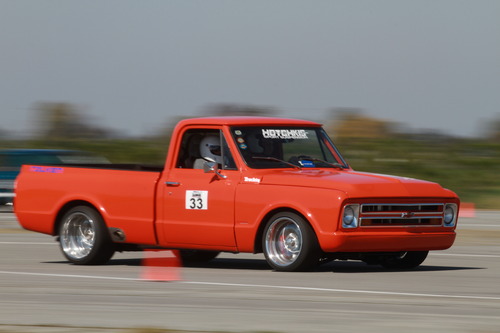 Mike Hickman surprised quite a few competitors in the speed stop challenge with his ’68 Chevy C-10 truck. Despite his obvious weight and size disadvantage, he put up a serious fight and took down a number of very strong competitors to take the eighth place spot.